This beautiful church is the Islands largest and is dedicated to the protector of the island St. Dionysis. It is located along the sea front  of Zakynthos, built in 1948 resisting the earthquake in 1953. The churches bell tower is recognizable as soon as you enter the port. Here is a great place to start your Zante town tour. On entering the church you will be impressed by the serenity and tranquil atmosphere. Here is the resting place of St. Dionysos. The Saints naturally mummified body rests inside the church which bears his name.

St.Dionysios was born in Zakynthos in 1547 and was the son of an aristocratic family, from an early age he was given a christian upbringing, he was very well educated and spoke Italian as well as Ancient Greek and Latin. At the age of 20, after the death of both his parents he donated his entire estate to his brother and decided to join a monastery a few miles off the coast of Zakynthos. After living here for a while he was encourage by his fellow monks to be ordained as a priest. He did and later became the Archbishop of Aigina, he spent the last years of his life at the Monastery of the Virgin Anaforitria in Zakynthos where he passed away at the age of 75 on the 17th November 1624. It was here at the Monastery Anafonitria that St.Dionysios lied for the first time, by hiding his brothers murderer and then helping him escape the island and flee to Kefalonia

St. Dionysios Church is found in the southern end of Zante town harbour. Parking can be found opposite the church. If you park in the port you will most probably get a parking ticket by the port authorities so avoid doing this. This area is a great place to start and end your visit of Zakynthos Town. 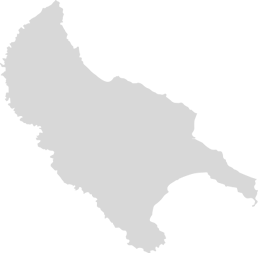 Kalamaki Head Office – Kalamaki PO Box 23, Kalamaki
Zante, 29100
Greece 08:00-20:00 Looking to pickup/drop off outside our normal business hours? Give us a call for instructions.

Fill in the quick search form to see prices

We went exploring into Zakynthos town today. A beautiful little working town. It is best to visit in the...

Turtle island as it is well known as or Marathonisi island , its proper name is a must while...

So its Sunday today. That means its time for fun and exploring. The sun is shining the sky is...